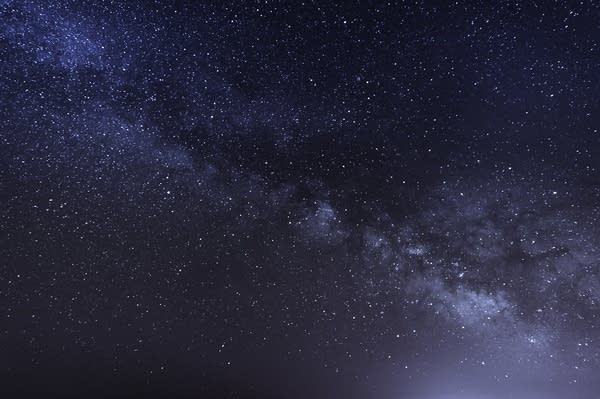 To the left of the neighbors’ barbeque, variations

of the same house ringed by the same foliage—

player is inside, wood-boxed speakers propped

in the windows. To the right, across the still-seeded

as the rest. We want Prince but Rumours keeps

restarting itself: Now here you go again, you say.

One neighbor asks, Now, where did you come from

& nobody asks anything else. & because nobody

hunts for dinner in the suburbs, we put down

our implements of half step & appetite, sidestep

the moon as it descends into a whole plateful

of charred thighs & wings. We collectivize

the back-in-the-days way as tenaciously as chicken

legs undress themselves at a cul-de-sac party, then

raise the stripped bones to history. Out here, there

isn’t any, so history is whatever we want it to be.