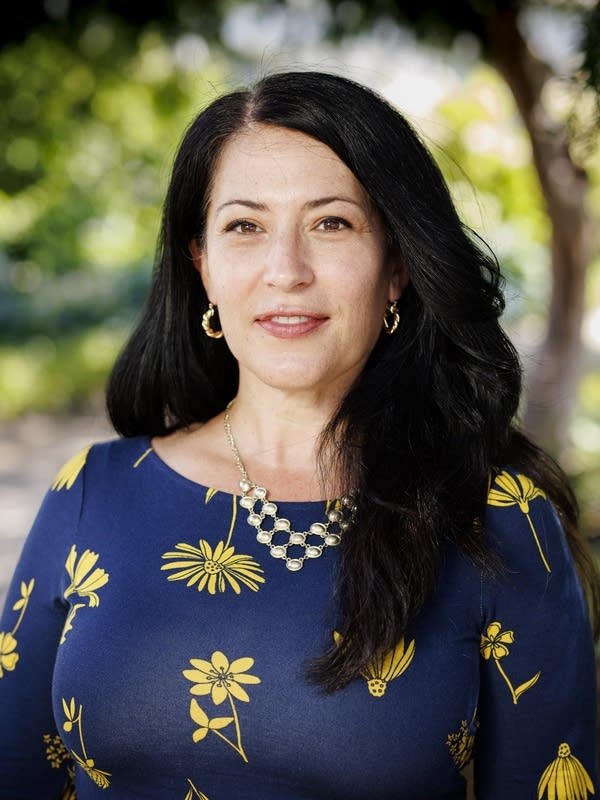 Today on July 12, 2022, our wonderfully gifted host of The Slowdown and poet Ada Limón was appointed as the 24th U.S. Poet Laureate by the Librarian of Congress. The team at APM Studios congratulates Ada, and we are extremely proud to be a part of her journey and story. Ada will continue her host duties on The Slowdown until the end of the current season, with her last episode airing on October 31.

From the Library of Congress press release:

Librarian of Congress Carla Hayden today announced the appointment of Ada Limón as the nation’s 24th Poet Laureate Consultant in Poetry for 2022-2023. Limón will take up her duties in the fall, opening the Library’s annual literary season on Sept. 29 with a reading of her work in the Coolidge Auditorium.

“Ada Limón is a poet who connects,” Hayden said. “Her accessible, engaging poems ground us in where we are and who we share our world with. They speak of intimate truths, of the beauty and heartbreak that is living, in ways that help us move forward.”

"What an incredible honor to be named the 24th Poet Laureate of the United States. Again and again, I have been witness to poetry's immense power to reconnect us to the world, to allow us to heal, to love, to grieve, to remind us of the full spectrum of human emotion,” Limón said. “This recognition belongs to the teachers, poets, librarians and ancestors from all over the world that have been lifting up poetry for years. I am humbled by this opportunity to work in the service of poetry and to amplify poetry's ability to restore our humanity and our relationship to the world around us."

Ada Limón was born in Sonoma, California, in 1976 and is of Mexican ancestry. She is the author of six poetry collections, including “The Carrying” (Milkweed Editions, 2018), which won the National Book Critics Circle Award for Poetry; “Bright Dead Things” (2015), a finalist for the National Book Award and the National Books Critics Circle Award; “Sharks in the Rivers” (2010); “Lucky Wreck” (Autumn House, 2006); and “This Big Fake World” (Pearl Editions, 2006). She earned a Master of Fine Arts degree from New York University and is the recipient of fellowships from the Guggenheim Foundation, the New York Foundation for the Arts, the Provincetown Fine Arts Work Center, and the Kentucky Foundation for Women.

Her newest poetry collection, “The Hurting Kind,” was recently published as part of a three-book deal with Milkweed Editions that includes the publication of “Beast: An Anthology of Animal Poems,” featuring work by major poets over the last century, followed by a volume of new and selected poems.

Limón is currently the host of the podcast series The Slowdown from American Public Media, which was launched as part of Tracy K. Smith’s poet laureateship in 2019. Limón serves on the faculty of Queens University of Charlotte Low Residency MFA program. She lives in Lexington, Kentucky.

During his or her term, the Poet Laureate seeks to raise the national consciousness to a greater appreciation of the reading and writing of poetry. The Library keeps to a minimum the specific duties required of the Poet Laureate, who opens the literary season in the fall and closes it in the spring. In recent years, Laureates have initiated poetry projects that broaden the audiences for poetry.

The Library of Congress is the world’s largest library, offering access to the creative record of the United States — and extensive materials from around the world — both on site and online. It is the main research arm of the U.S. Congress and the home of the U.S. Copyright Office. Explore collections, reference services and other programs and plan a visit at loc.gov, access the official site for U.S. federal legislative information at congress.gov, and register creative works of authorship at copyright.gov.